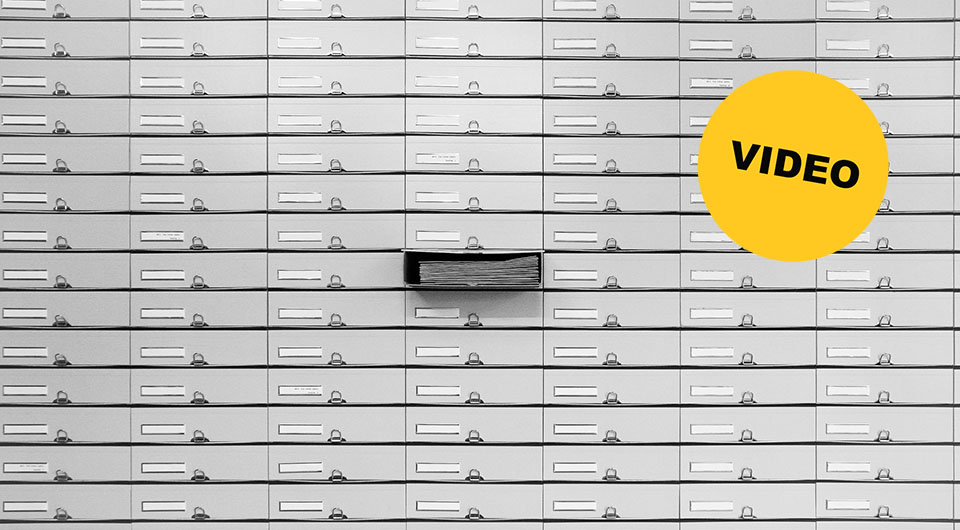 Our precarious legacy – Discriminatory and racist materials in archives

As if it weren’t difficult enough to document history with all of its contradictions, cultural heritage organisations are also faced with the task of designing a policy that addresses extreme social attitudes. This applies to especially discriminating and racist views which find their way into archival documents. Should these documents be collected at all? And if so, how should archives handle them? And should they always be presented to the public? And if so, how could they be presented in a sensible manner that articulates their intention, but doesn’t affirm it?

The “baggage” of our political-cultural heritage is an issue that affects all areas of historical documentation, yet with regard to the RomArchive project, it has a very fundamental significance. Not only is there relevant material on the systematic persecution of Roma and Sinti in the years of National Socialism, but also the unsystematic discrimination and persecution which has existed for centuries. Antiziganistic depictions, whether intentional or not, constantly find their way into contemporary documents, as well.

Reason enough to address what these discriminating documents are, e.g. photos and articles, what kind of impact they have had, and what mechanisms have become ubiquitous in this process of communication. It also encourages us to ask how RomArchive, whose focus lies in the self-representation of Sinti and Roma, should develop its acquisition, usage and publication practices.

We decided to ask other archives about this thematic complex. We contacted various archives which have been dealing with these issues from a diverse range of perspectives. On one hand, we were surprised to find how different their approaches were, and yet on the other, how keen they were to engage in a joint discussion on the subject. On 11 November 2016, representatives of several archives from various departments participated in a discussion held at the Deutsche Kinemathek:

During the workshop, it became evident that the various cultural heritage organisations followed very different collection concepts. Some institutions had a very liberal acquisition policy in place, the reason being that politically or ethically motivated restrictions would ultimately lead to a sharply distorted image of history – though they did concede that it wasn’t possible to collect everything and that general curatorial principles (authenticity, relevance etc.) were important. Other representatives explained that they did not actively collect discriminating materials so as to prevent fringe positions from becoming the focus. Nonetheless, it quickly became clear that racist or discriminating documents – even if frowned upon by an institution’s collection policy – would find their way sooner or later into all of the collections. This is due in large part to legacies. These estates almost always contain documents which do not correspond to the collection principles of the institutions, yet shouldn’t be “broken up” because of it. Therefore, there are always some documents in every archive which are at least ethically, if not legally, problematic with respect to unrestricted access.

Relatively similar concepts exist for the usage of problematic materials within the archives. These include age restrictions for legal reasons, i.e. only users older than 18 are allowed to access them. Policies blocking incriminating materials are common. Access is only granted under certain conditions and the procedures for obtaining access are strictly formalised. Requests for access to such materials are declined in special cases. Restricting online access to sensitive documents is more difficult however.

But what about the publication of discriminating documents? How can one discuss something without wanting to show it? Presenting a contradictory narrative without backing it up with the history of produced images would certainly invite criticism. Two approaches seem sensible: contextualisation and deconstruction. No archive wants to provide indiscriminate access to problematic archived content online. The consensus seemed to be that it was absolutely essential to contextualise such documents, even if it couldn’t prevent them from being misused. The debate on deconstructing the documents was more controversial as this would also destroy their authenticity and run counter to a fundamental principle of archiving. In the end, it remained to be seen whether the desired aim was even achievable, that is, whether images are suitable for interpretation against the grain. In many cases, intentional practices often prove to be counterproductive.

Finally, the participants agreed that providing access to discriminating images results in a loss of control which can never be regained. Once these images are on the Internet, they are accessible to the world. The wish to show something without letting it go is an unresolvable contradiction which will require further discussion – and ultimately a decision. This conceptual quandary is countered, however, by the experience of the invited archives. There have been cases when sensitive archived documents have been misused, yet the users’ individual motives and purposes varied greatly and their impact was relatively limited.

The discussion between the participating archives, which RomArchive had initiated with this event, was very positively received by the participants of the workshop. They all agreed that the joint discussion on these issues should definitely continue.

What are the consequences?
The RomArchive project regards critical archiving practice as an important prerequisite for preventing further discrimination of Sinti and Roma. The results of the discussion were taken into account in drafting a collection policy for RomArchive and were incorporated into a final policy paper, jointly developed by the advisory board and the curators of RomArchive. The most important element of the paper calls for the restricted access to the so-called “Internal Archive”, which, in addition to stray works and materials, compiled by the curators but not selected for online presentation, may also include antiziganistic materials. This construct is intended to both meet the academic demands of an archive and account for the political and cultural interest of self-representation.

Media expert Jürgen Keiper works at the Deutsche Kinemathek – Museum für Film und Fernsehen, where he is responsible, inter alia, for the technical implementation of RomArchive.