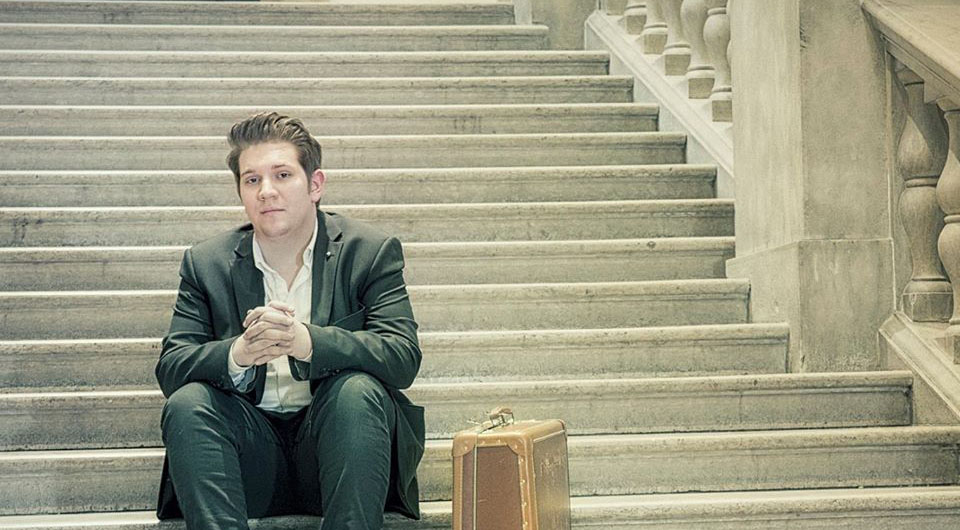 In 2016, the life of a Roma activist can hardly be imagined without hashtags like these. 45 years after the first World Romani Congress, April 8 will in all likelihood be celebrated primarily as the birth of Roma activism – even though many Roma and Romnja don’t quite know what exactly happened on that notorious day in 1971 and what the new generation of Roma activists, generation 2.0, is supposed to celebrate.

Facebook, Instagram, and Skype – these are the most important tools of young Roma who stick up for the rights of their minority today. In 1971, only a handful of committed Roma and Romnja gathered in Orpington near London as delegates of nine European countries to debate on the challenges their minority was facing and to take decisions for its future; today, by contrast, several hundred adolescents and young adults have made it their goal to fight for this very minority. And “fight” is precisely the word that is always being used these days as soon as one starts to broach the issue of Roma activism. For partisans of Romani youth movements no longer regard it as their job or mission to work and act in the Roma’s interest. Rather, they regard it as a fight for their own rights and the rights of their minority – a fight that presumably started in the 1970s and has to be fought even today.

Green at the bottom, blue at the top, in the centre a red wheel. The Romani flag dates back to the first World Romani Congress and is today part of the standard equipment of the Roma activist 2.0. Be it at a demonstration, at a rally, at a flash mob, or merely in a selfie on Facebook – the flag has established itself as the symbol of a people. But however much it may have become a part of modern Romani culture, flying this flag is a controversial matter. Are we not part of the nations in which our families have lived for hundreds of years and dozens of generations? Am I, as a Hungarian Rom, not Hungarian? Am I, as a German Sinteza, not German? Many activist is thus wary of this much-debated piece of cotton when there is talk of “the Romani people”.

And then the anthem is being sung. At every youth exchange, every demo, every rally, every commemoration ceremony. The song of a nation that doesn’t exist – or, then again, does. The song that, as a legacy of the 1971 Congress, rings in every activist’s ears and that some have long grown sick and tired of. And we ask ourselves for how much longer we’ll have to “walk, walk”, and whether we haven’t “walked, walked” enough already. And after the hundredth “Djelem, Djelem” the djebilitated organisers of various events are asking us to please not sing that song at every djet-together where there is talk of “the Romani people”.

But who, now, make up the Romani people? We have just agreed that we are Hungarians, Germans, Romanians, French, Serbs, and Swedes. But can’t we be much more than that? Can’t I be a Romanian-French Romni who practices Buddhism and lives in Vienna? Or an Austro-Hungarian Rom from Budapest whose grandfather was a Jew? Why are we confining ourselves to words like nation, ethnic group, or people when we are part of a pan-European society whose culture we have helped shape for centuries?

We should be proud that our ancestors turned Spanish flamenco and French jazz into what they are today. That every kid says “lollipop” because our ancestors used to sell loli phabaj, or red toffee apples, on British fairs. That the first video to appear on YouTube when you type “greatest speech ever” into the search box is a Rom’s speech from 1940 – the speech of the world’s most famous filmmaker in a parody of the German Führer – and that it is about democracy, humaneness, and tolerance. We should assure ourselves that we are Europeans: citizens of a European society who are entitled to their rights as Europeans and as human beings.

Let’s use #PutrenLeJakha to call on people not to close their eyes to racism and antiziganism. But let us also keep them open when old men cut a young Romni short. Let’s use #RomaLivesMatter to point out that antiziganism is ubiquitous even in the 21st century and that violence against Roma is on the increase. But let us not forget the violence against refugees, gays and lesbians, Jews and Muslims. Let’s use #SoKeresEuropa to ask the politicians of the European Union why they still stand on the sidelines while twelve million people are suffering from racism and oppression. But let us keep in mind that we ourselves can and must speak up against injustices and human rights violations. For it is also in our hands to shape European society and – as Chaplin urged – to stand up for democracy, humaneness, and tolerance of all people.

But what, then, is the legacy of April 8, 1971, if it is neither the flag, nor the anthem, nor the people? Isn’t it precisely these new achievements of the perhaps first Roma activists that we celebrate on International Roma Day? I think it is not.

We celebrate that a new voice is getting louder. We celebrate the courage of young Roma and Romnja to embrace their ethnicity and shoulder any attendant burdens – then as now. The burdens of debating with racists in a pub. The burdens of convincing politicians of the importance of a memorial or a new street name. The burdens of unfriending people on Facebook & Co. because their posts are dripping with antiziganism, anti-Semitism, or agitation against refugees. The burdens of enlightening one’s classmates or teachers that it is okay to be a Rom or a Romni.

And so we won’t celebrate the Romani flag, the Romani anthem, or the so-called Romani people on April 8, 2016. We’ll celebrate every human being who speaks up for this minority. We’ll celebrate those young Roma who are now raising their voices and those venerable Romnja who have paved the way. We’ll celebrate those Romani grandmas and grandpas, aunts and uncles, mothers and fathers who keep breathing down our necks until we receive our high school diplomas or complete our A-levels, earn our Bachelor’s, Master’s, or doctoral degrees – so that we’d be better of than them and be able to show that we can achieve something great if only we are allowed to.

We’ll celebrate all those non-Roma who inaugurated Vienna’s Ceija-Stojka-Platz with us and conscientiously wrote their newspaper articles with and not just about us, and all those Romnja who walked beside us at the antiziganism demo in Cluj or helped us clear away the burnt-out candles after the commemoration ceremony in Auschwitz.

We’ll celebrate all those friends who keep listening to our monologues about antiziganism and the Roma’s history even if they have heard them the umpteenth time, and all those friends who support us in fighting for the rights of our minority. We’ll celebrate all those politicians who campaign for the European Parliament’s and the Council of Europe’s acknowledgment of the genocide against the Roma and the reality of antiziganism. And we’ll celebrate all Roma activists 2.0 from every corner of Europe who – on Facebook, Instagram, and Skype – are holding a virtual World Romani Congress every single day.

In 1971, only a handful of committed Roma and Romnja gathered in Orpington near London as delegates of nine European countries; today, several hundred adolescents and young adults have made it their goal to fight for our minority.

Today – April 8, 2016 – is a day to celebrate what we have achieved through our struggles. As early as 1940 Charlie Chaplin said in his film The Great Dictator:

And today – April 8, 2016 – is a day to look ahead and to imagine that there may be a better tomorrow if we continue the fight that presumably started in 1971.

Samuel Mago is a freelance journalist and Romani activist involved in the association Romano Centro. The Hungarian Rom lives in Austria and studies translation at the University of Vienna. He writes for the Jewish magazine NU.

In 2014 he won the speech competition “SAG’S MULTI” with a speech on Roma, antiziganism and tolerance: Samuel Mago’s speech (video in German). His story “Zeuge der Freiheit” (“Witness of Freedom”), for which Samuel Mago was awarded the exil-jugend-literaturpreis in 2015, tells the story of a Romani family on their flight from the city of Budapest, shaken by (civil) war, in the 1960s. It has been published by edition exil.