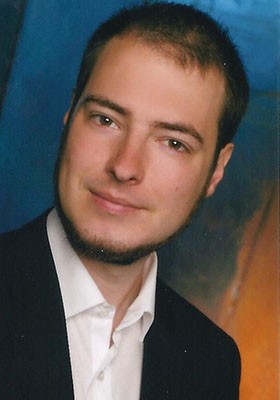 Felix Endruweit studied both Media and Communication, and Philosophy and Politics in Leipzig and Lisbon.

During and after his studies he worked for different film festivals, such as the International Leipzig Festival for Documentary and Animated Film – DOK Leipzig, LUCAS – the International Festival for Young Filmlovers and goEast – Festival of Central- and Eastern European Film. Furthermore, he worked for the Landesfilmdienst Sachsen on different projects for Media Education. He curated a film program on the history of animated film for the Deutsche Institut für Animationsfilm – DIAF (German Institute for Animated Film) and the Filmclub Freiberg. From 2014 – 2017 he worked for the Deutsche Filminstitut – DIF (German Film Institute), for instance for the project FORWARD (Framework for a EU-wide Audiovisual Orphan Works Registry) and as a staff member in the film archive of the DIF. In 2015 and 2016 he was a member of the Collegium of the silent film festival Le Giornate del Cinema Muto in Pordenone/Italy.