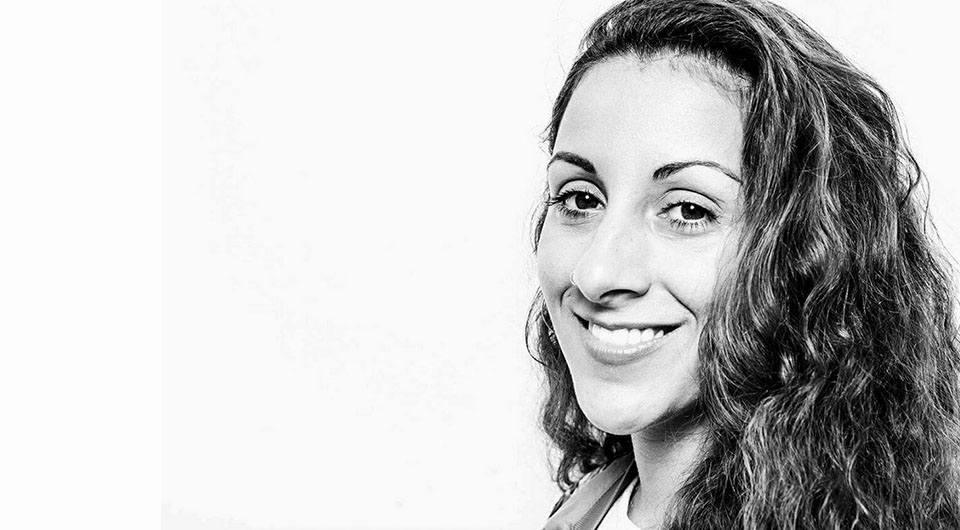 Investigation of Picture Agency Databases – On Poverty, Musicians and the Invisibility of Discrimination

The Archive Section Politics of Photography of RomArchive wishes to provide resistant methods, forms of presentation and styles of communication which contribute to building critical awareness within the archive as well as in direct collaboration with image producers. The images themselves – as representations of Roma and Sinti – play a central role in this endeavour. It is crucial, therefore, to address their popularity and visibility.

To this end, Éva Ádám and the Archive Section Politics of Photography launched a research project which provided an initial overview of the current situation, but could certainly be continued in greater depth. In order to learn what kind of images of Sinti and Roma exist and how they are classified and indexed, we conducted our own database investigation of well-known and relevant picture agencies.

Before we present the findings of our investigation, we should point out the dilemma researchers always encounter in connection with pictures. They are not suppliers of the ultimate truth and usually cannot speak for themselves. In order to be (more) certain about what exactly they were intended to express, one should know who the author or image producer was, when and in what context the photo was made, the identity of the depicted individuals and much more. This is an undertaking which (regrettably) few photographic collections are able to pursue and which could not be achieved to any extent as part of this investigative project.

As a result, our investigation required a conscious, strategically objective, short-term acceptance of the predominant, racial clichés in order to simply locate the images in question and highlight the fundamental issues of image politics with respect to Roma and Sinti. Neither the findings nor the investigation are meant to be comprehensive. Rather, in their broad scope, they underscore how strongly stereotypes and clichéd thinking have shaped the image politics concerning Sinti and Roma and how much these prejudices influence all matter of representation. In order to conduct the investigation, there was no avoiding this predominant view.

The first step was to produce a list of search words. We sought words and terms which interested us, as well as others that we assumed would produce promising results. We looked for words in German and English depending on the image portal we used. Our search words were: Antiziganismus / antigypsyism, Antisemitismus / antisemitism, Roma / Romani, Zigeuner / gypsy, Roma Holocaust, Bürgerrechte / civil rights, Rassismus / racism, Roma Musik/music, Roma Musiker/musician, Roma Kultur/culture, Diskriminierung / discrimination, Internationaler Tag der Roma / International Roma Day. We searched for all of the terms (in either English or German) on every website.

Generally speaking, we noticed that only a limited amount of image material was available. And if there something did turn up, it was almost always chacterised by stereotypes, i.e. with regard to the photos themselves as well as their descriptions and keyword indexing.

At Getty Images, our search for “Roma” produced a large number of results (over 40,000), although they almost exclusively referred to images of Rome. The integrated search engine also included a ‘related search’ option which generated the following terms: “Zigeuner” (gypsy), “Rome” and “Paris”. Clicking on the suggestion “Zigeuner”, one of the first images listed was a staged photo of a fortune-telling woman. Other recurrent themes were women dressed in the “Hippie style”, the city of Rome, families standing in front of caravans (both in black-and-white and colour) and people dancing. These also included old drawings. Another recurrent motif was the annual Roma pilgrimage to Saintes Maries de la Mer. In this case, the ‘related search’ provided the suggestions “Roma” and “Zigeunerwagen” (gypsy caravan). The so-called ‘prestige results zigeuner’ consisted of two group photos of the same procession to the sea, two photos of children, a “Rajasthani gypsy girl” and four other photos with no apparent relevance. Clicking on the suggestion “Zigeunerwagen” produced the ‘related search’ suggestions “Wohnwagen” (caravan), “fahrende” (travelling) and “circus”, and just three other photos titled “1970s PSYCHIC CRYSTAL BALL FORTUNE TELLER LOOKING AT CAMERA”, “Gypsy snake handler, Kudagama” and “Junge wartet auf den Zug” (boy waiting for train).

We obtained somewhat different results at the picture agency Magnum Pro. Searching the database for the term “Roma”, the first thing we noticed was the overall black-and-white appearance of the photos. The very first image was that of a “Roma (Gypsy) camp”. Scrolling down the first page, two more pictures were listed with direct links to “Roma”: one of a man in a small town and one of an “ethnic Albanian child” in the ruins of a house, both in Kosovo. Yet the vast majority of images depicted the city of Rome. The search for “Gypsies” resulted in many images of poverty from the Czech Republic and Slovakia and other European countries, but also from Chile and Brazil. Several of the pictures were the same when we entered the search word “Romani” which indicates that both terms (Roma and Romani) are used synonymously and the images are indexed under both terms. The search words “racism” and “discrimination” produced similar results and primarily depicted Black people and especially photos from South Africa and Louisiana in the USA. “Roma Holocaust” produced no results. Interestingly enough, the version of Magnum Photos for non-professionals produced entirely different results. Most of images originated from “Romania” and few were cross-indexed under the term “Gypsies”, which explains why they were listed in the results. “Racism”, “discrimination” and “antigypsyism” failed to produce results with any relevance to Roma or Sinti. “Roma Holocaust” came up with the same images as were found under “Roma”.

At Mauritius Images, the keyword “Roma” resulted in images of the city of Rome. Entering the term „Gypsies“, the search engine listed images of caravans, “Indian” culture, older people and children. We received similar results for the search word “Zigeuner”, but with the addition of several photos of concentration camps and barbed wire. Expanding the search to “Roma Holocaust”, most of the resulting images were those of various monuments and memorial sites like the ones in Berlin and Auschwitz. There were no historical images. “Roma musician” resulted in a large number of pictures of street music scenes. However, photos of well-known Roma musicians, e.g. from the world of classical music, were not included among them.

When we searched for “Zigeuner” at Fotolia, we were presented with numerous pictures of scantily clad women dressed in the “Hippie style”. Copious amounts of jewellery, beach scenes, sunshine and feathers were among the most prevalent recurring elements. Many pictures also depicted young people, fortune tellers, circus scenes and flamenco dancing. The keyword “Rassismus” (racism) produced very few results. The most common motif here was white and black hands in heart-shaped gestures, as well as people embracing one another. All of the other search terms failed to produce any relevant results.

Our investigation of the picture agency Istockphoto turned up results quite similar to those we found at the previous agency, but more limited. The keyword “Rassismus” only listed images of poor people of varying skin colour extending their hands in friendship. We did run across two images at Istockphoto which deserve mentioning. “Hungary discrimination” resulted in hardly any photos except for one depicting a barbed-wire fence with the Hungarian flag in the centre. This image evokes associations of Hungary’s recent measures to seal its borders to Serbia in order to keep out refugees. We found no photographic references, however, to the normalised discrimination of Roma in Hungary. The search for “International Roma Day” resulted in only one image: a calendar symbol showing the 8th of April.

And finally, on the website of the Deutsche Presse-Agentur, which serves as an important resource for numerous media, we found no images which matched any of our search terms.

The results of our image search were sobering. It demonstrated that a gigantic gap in photographic material exists and revealed deficits in indexing practice which point to a lack of knowledge – or even sanctioned ignorance (as described by Spivak) – with regard to the history and present condition of Europe and the Roma minority. To ensure that the absence of historical photo material applied to the Roma and not to historical photography on the whole, especially with regard to the Holocaust, we searched for the term “Antisemitismus” (antisemitism). This comparative sample turned up a large number of results.

Terms like “racism” and “discrimination” most often resulted in photos of Black Americans, and sometimes photos of the Ku Klux Klan. References to racism toward Roma and Sinti, which we sought using the term “Antiziganismus” (antigypsyism), was nowhere to be found in the photo material. It simply didn’t exist in the databases of the picture agencies. Moreover, the search for civil rights movements only resulted in images of the African-American civil rights movements. It appears that there is simply no photo documentation of the civil rights movement of the Sinti and Roma in West Germany during the 1980s or in other European countries. In contrast to “antisemitism“, the search for “antigypsyism”, as we mentioned above, produced virtually no results.

We were more successful using compound terms which played to stereotypes, such as “Roma musician” (resulting in numerous pictures of street musicians in South-eastern Europe, e.g. Serbia, Kosovo, Greece) or “Roma culture” (resulting in images of fashion and lifestyles which perhaps can best be described as the “Hippie style”). The search for “Roma children” produced results – without exception – depicting poverty and photographic clichés from Romania.

What was most remarkable was the fact that pictures about certain themes were absolutely unavailable. It seemed as if some pictures and those depicted in them simply did not exist. Where were the photos of the middle and working classes? Where were the pictures of the Roma artists, intellectuals, star musicians and activists? As soon as people no longer fit the stereotypes, it seems they are no longer classified under ethnicising labels and keywords. This, in turn, leads to a homogenisation of images which strengthen the stigmatisation of people in photos classified according to their ethnic background.

There is an urgent necessity, therefore, for a discussion regarding the classification of images. Who decides which picture bears the label “Roma” and on what criteria? What qualification do the people responsible for this classification have? Why is it that the visual history of other racially persecuted minorities, e.g. Jews or African Americans, seems to be far more prevalent in picture agency databases than those of Sinti and Roma which are practically non-existent? Why are Roma visually reduced to images of poverty and a fashion style? Although our hope of presenting more positive findings was disappointed, our investigation confirmed the urgent need for further critical discourse on image politics.